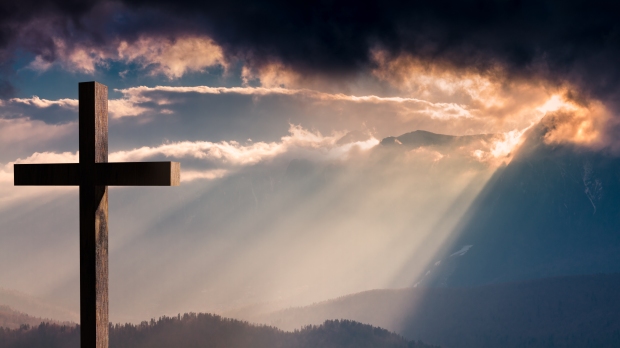 “They went out from us, but they were not of us; for if they had been of us, they would have continued with us; but they went out that they might be made manifest, that none of them were of us.” —  1 John 2:19 (NKJV)

I remember a time when I was being rebuked for a position that I took on what I thought was making me behave in a sinful way. As the conversation was getting heated, the Pastor sitting across from me ended a sentence with, “For all you know you may not be saved.” At that moment, I took it all the wrong way. I actually thought the Pastor was doubting my salvation, but in fact he wanted me to examine myself to assure myself of my salvation. I allowed myself to get bent outta all kinds of shape, resign from everything I was involved in, pull up my roots and leave that church. In time God would make a way of reconciliation with that church and its Pastor…but it left a scar nonetheless.

Recently I was having a conversation with a fellow Colony brother that I work with. Matt is a great guy to be around and his timing with things seems to be very, well…timely. However, outta nowhere he asked me about how you can be saved, being unable to sin and still having to deal with the old man that dwells within us. “Maybe I’m just arguing semantics.” He went on to say that he heard a man announce that he doesn’t sin anymore. “How can that be?” Matt asked. “Paul wouldn’t have written in Romans 7 that ‘there is another power within me that is at war with my mind. This power makes me a slave to the sin that is still within me’ (Romans 7:23). Don’t we still struggle with the old man?” I told him that I sure do, but then it got me thinking…what happens if the old man wins? Hmmm….

Can a born-again Christian go back and be unborn? I mean there is so much that has been discussed over the issue of folks losing their salvation and ya gotta admit this Christian life can be real hard to live out that, at times, it may make one take the route of Demas and head back to Thessalonica. What of the many who lead, teach or even pastor a flock? What if they decide to walk away from Christianity all together, then go do the unthinkable and speak out against it? What happens when they get to the gates of heaven? As Matt put it, “It’s not like God is gonna look around to make sure the coast is clear and then go, ‘It’s okay, c’mon in anyway.'”

Scripture is clear, “For it is impossible to bring back to repentance those who were once enlightened—those who have experienced the good things of heaven and shared in the Holy Spirit, who have tasted the goodness of the word of God and the power of the age to come—and who then turn away from God. It is impossible to bring such people back to repentance; by rejecting the Son of God, they themselves are nailing Him to the cross once again and holding Him up to public shame.” (Hebrews 6:4-6)

So here is what I am saying today…be careful with the salvation you’ve been given. It ain’t a toy. If you’re gonna announce that you’re a “sin-less Christian” then I hope that you “work hard to prove that you really are among those God has called and chosen”  (2 Peter 1:10) and you “Let your roots grow down into Him, and let your lives be built on Him” (Col 2:7). If this is happening in your life then you truly become a fruit bearer, showing stuff like love, joy, peace, patience, kindness, goodness, faithfulness, gentleness, and self-control to everyone you encounter.

Ya know, when one of us falls away, it is easy to say that maybe they were never one of us, but let’s be careful with our own selves as well. We’ve been given promises that say, “I have written this to you who believe in the name of the Son of God, so that you may know you have eternal life” (1 John 5:13) and “I give them eternal life, and they will never perish. No one can snatch them away from Me” (John 10:28). Let’s take God’s promises seriously so that we don’t think that God is just gonna look around, to make sure the coast is clear and say “C’mon in anyway.” Ain’t gonna happen. Amen?

Written by Chris Hughes: Chris, a graduate of The Colony of Mercy (11-2003), is married (Kathy) with two adult children (Kevin and Karen) and has been a Freedom Fighter contributor since 2008.

Daily Quote: “Let us get it straight. Jesus Christ does not just offer us salvation as though it is decoration or a bouquet or some addition to our garb. He says plainly: “Throw off your old rags; strip to the skin! Let me dress you in fine clean robes of My righteousness—all Mine. Then, if it means loss of money, lose it! If it means loss of job, lose it! If it means persecution, take it! If it brings the stiff winds of opposition, bow your head into the wind and take it—for My sake!” — A.W. Tozer

For since the creation of the world His invisible attributes are clearly seen, being understood by the things that are made, even His eternal power and Godhead, so that they are without excuse, because, although they knew God, they did not glorify Him as God, nor were thankful, but became futile in their thoughts, and their foolish hearts were darkened. Romans 1:20-21

“But if we hope for what we do not see, we eagerly wait for it with perseverance.” – Romans 8:25

One of my favorite movie lines is from the movie Arthur. His lifelong butler Hobson was ill and Arthur was reminiscing about when he was a child.“Hobson, do you remember when I was a child and we played hide and seek? Remember, you could never find me?”

Hobson replied, “Because I never looked.” You’ll never find what you don’t look for.

In our walk with the Lord, there is a call for perseverance and determination. With all that comes against us and with all the daily battles we face, we need to have Hope. Paul is instructing his readers in Rome to not lose hope just because they can’t see it. It doesn’t mean it’s not there, just that we need to “keep looking.” Let’s face it, even with the “still small voice” I can sometimes find myself fighting off anxieties and battling doubt. When I am confronted with a choice to panic or trust, it can be a fine line to determine my next step. What’s the answer? “Keep Looking!”

The opening verses of Colossians 3 tells us “If then you were raised with Christ, seek those things which are above, where Christ is, sitting at the right hand of God. Set your mind on things above, not on things on the earth. For you died, and your life is hidden with Christ in God. When Christ who is our life appears, then you also will appear with Him in glory.” There is this idea of lifting our heads above the circumstances and focusing on the things above. When I choose to do this, it helps me stand and effectively deal with my issues at hand with a Biblical solution that should ultimately give God glory.

There’s nothing like an outcome that has Divine intervention. I’m sometimes amazed at the response I have when I wait on the Lord for His solution. It’s as if my mouth is speaking but I’m not sure where what I’m saying came from.

If I “look” into the word of God and patiently wait until He returns, I can continue to build my God given faith which brings hope and I can persevere till the end when faith and hope are no longer needed, and all that’s left is Love. So, if today you find yourself with your head down and the weight of this world bringing confusion, lift up your head, get into God’s word, and be strengthened and “Keep Looking!” Amen?

Written by Rob Russomano Rob Russomano is married to Terri, he is a graduate of the Colony of Mercy and a full time staff member. He is also available as a speaker of the grace of God with a message of Hope for church events. You can contact him at rrussomano@americaskeswick.org.

Daily Quote: “Trust to God to weave your thread into the great web, though the pattern shows it not yet.” – George Macdonald

Let all those who seek You rejoice and be glad in You; Let such as love Your salvation say continually, “The Lord be magnified!” Psalm 40:16